University of the Philippines, Diliman

Part 2 of the workshop from Christos Tsiolkas and Norman Erikson Pasaribu focussed on characterisation, where characters come from, how they’re developed, and the work they do for the story.

Tsiolkas says that he starts with a question or issue, then thinks of characters that he can use to tell the story he wants to tell. In The Slap he explores the issue of changing class dynamics in inner Melbourne, associated with the ascendancy of the migrant class, employing a suite of characters to weave a compelling story about how they perceive and react to a central event, how this is influenced by their culture, age and life experience.

The extract he reads from The Slap, is from the point of view of Rosie, a character whose voice he found the most challenging, an Australian woman of Anglo-Celtic origins who experienced post-natal depression (PND) after the birth of her child, Hugo, who she has subsequently become very protective of.

Melissa George playing the character of Rosie, in the TV adaptation of The Slap (Matchbox Pictures) [Image source: http://d3lp4xedbqa8a5.cloudfront.net/s3/digital-cougar-assets/tv-week-logie-awards/2015/01/21/11048/MelissaGeorge_embed2.jpg]

Tsiolkas credits the interviews he conducted with women who had experienced PND with providing the insight necessary to write Rosie, adding that interviewing people for character is ‘a gift’ to be respected and stressing the need for ethical rigour, the importance of letting them know their words might be used.

Tsiolkas also draws on his time in theatre with actors, exploring the physicality of characters, inhabiting their bodies and imagining how they would carry out certain tasks. He says this allowed him to find words that related to Rosie’s body.

In working through characters, Tsiolkas’s office becomes a construction zone, a sea of sticky notes. To each main character he assigns a word (e.g. blood, honour), the pairing serving as a kind of spine upon which to add flesh. This visual cue encourages precision and consistency as he writes his characters.

His love of cinema and art also informs his work:

‘in thinking about your work through another medium, it helps you see your character in a new way.’

These influences have no doubt contributed to the effectiveness with which Tsiolkas’s books have been adapted to the screen. There is a visceral grittiness to his characters that translates well to an audiovisual medium.

For Pasaribu, character is his starting point, beginning with a voice, and from this, building a character. Once he has his character he looks for an interesting scene in which to insert them, the scene often becoming the beginning of a story.

‘you have to make the path from the paver’

Once the character is established, the scene or story can be altered, the pavers can be moved around.

In building a character, Pasaribu starts with a secret, the thing hidden, a vulnerability. The character’s secret will ultimately reflect their desires, and their desires will determine how they interact with the world.

The discussion moves to unlikeable characters:

Do you have a character that you don’t like? How do you paint him as human, give the character humanity?

Pasaribu emphasizes the importance of avoiding black and white depictions of characters. Housing them in the grey zone provides complexity and imbues them with the capacity for change. To assist in portraying humanity Pasaribu suggests transplanting the character into a different setting, a setting with the capacity to promote personal growth. This gives an unlikeable character the potential for redemption.

Tsiolkas notes a fear in Australia of unlikable characters and suggests that to be human is to not be completely likeable. Indeed like many characters in The Slap, Rosie has some unlikeable traits, but she is very believable.

I’m reminded of comments I’ve heard repeatedly from readers of The Slap, along the lines of, ‘I just didn’t like any of the characters’. It was a book people could not put down, but one that provoked an almost compulsive distancing of readers from the characters represented. It unsettled people. Was this the type of book they wanted to read if they didn’t like the characters?

In tackling flawed characters, Tsiolkas stresses the importance of exploring the very nature of their humanity. What has brought them to this point?

It would seem that there are few limits on where the reader can be taken in terms of characters behaving badly as long as the reader is given access to the humanity of a character. The characters need to be believable. Perhaps the very believability of the characters in The Slap promotes this oppositional reaction in some readers. Well-written unlikable characters are like peering into a backlit mirror. For some, the imperfections are just too confronting.

To hark back to Pasaribu’s earlier point about translation (in Part 1), whether it be of an unfamiliar language or an unfamiliar character, surely the ultimate point is to ‘make something that wasn’t known, known.’

These two writers provided some great insights and tips in regards to developing character, harvesting their ideas both from real life and the arts, particularly books.

‘Every book I read makes me a better writer.’ C. Tsiolkas. 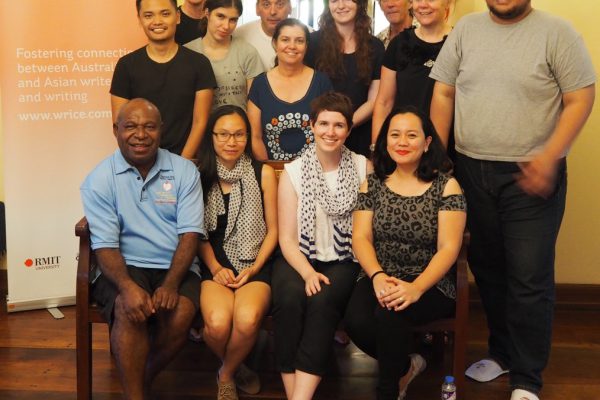